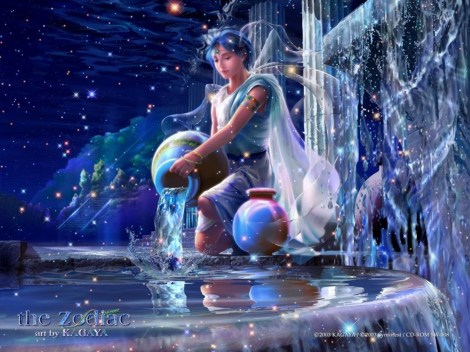 The Moon, representing our sense of perception, the sensory impressions we receive from our environment, the foundation of our intelligence as the receptor, the maternal instincts  in us all and our feminine nature in the sign of Aquarius, original, independent, inventive, and rebellious for rebellion sake, just because we can – things need to be shaken up once in a while and Aquarius is just the sign to do it.  But on the negative side, can have a tendency to waste those original ideas on issues that don’t matter.  In the 7th house, the moon turns her focus to the point of the encounter, where we meet others on a one to one basis; our external being the product of our subconscious content…by extension, our partners in life, or any one on one encounter that becomes a relationship of any sort be it personal or business.

The only aspect to this Full Moon is the opposition with the Sun. The opposition is created by dividing the circle by 2… people with oppositions seek each other out as if to mirror their own internal struggles; we learn about ourselves through interaction with others.  The Sun represents our sense of self separate and apart from our emotional selves,this is our identity, how we see ourselves in the world versus our reaction to it.  The Sun sits in the sign of Leo which is fixed fire.  Fixed signs are focused and determined while fire signs bring intensity.  Leo is warmth and vitality, loves life and all that it has to offer.  In the first house the Sun turns his attention to who we truly are, so between our Sun and our Moon, this is a personal awareness day, where we see ourselves for who we truly are and look at our relationships for what they truly mean, or if you’re feeling particularly rebellious and have that spark of Aquarius energy nagging at your spirit, perhaps its a day of challening those interpersonal relationships.

Today in the Hebrew Calendar is the 16th of Av and the sun is fully within the Leo energies.  The month of Av, we may remember from the New Moon literally means father in Hebrew.  It is considered a time of destruction because it represents the anniversary of the destruction of both temples but it is also considered a time of redemption because it is believed in Jewish cultures that it is the month of the birth of the messiah. So metaphorically, it is a time of tearing down and rebuilding. The Hebrew letters for Leo are ARYE the same letters as seeing indicating that ability of Leo’s to see the light to see what others can’t. 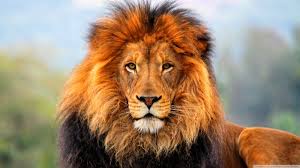 According to Kabbalah there are four sacred beasts the lion, the ox, the eagle, and man. The lion represents Sephira of chesed which is the light the power of sharing giving an unconditional love. Leo and gematria the numeric value of the Hebrew letters is 216 which is also the same numeric value of gevurah.  Which is the power of judgement. meaning that Leos have dominion over light and judgment together, but what do we do with it?  Judgment isn’t for you to look on others – it’s for you to look within to evaluate your reaction, and the light is so you have the grace to see your way to do better.

I was reminded today that our circle often changes because our path needs to change, that people often come into our lives not only because how we affect them, but how they affect us, as our reactions to certain situations change based on how we progressively learn to deal with things that happen in our lives.  I often speak about my granddaughter Sadie who was one of twins who passed away at 3 months, and how that changed her sister, but it occurs to me that it also changed me.

The Hebrew letter is tet. The form of the letter tet is called the hidden goodness. Hidden goodness as an something good coming out of something bad that happens, or the hidden goodness in a father giving rules and instructions to his children for their own safety.  It could also refer to gifts and talents that we are inherently born with that for some reason when we reach a certain age we cast aside in favor of more worldly ways. When in  essence, we brought those gifts here with us us knowing that we would need them; they are for purposes of our instruction and our instincts that guide us in and out of situations. when we cast those instincts aside  we tend to get into trouble.

Here we come to the spiritual talent of the soul that is associated with the month of Av in particular the sense of hearing. this is by contrast to the month of tammuz that precedes it which is associated with the sense of sight. the instance that we speak of it’s something that we hear on the inside we’re from the inside it’s like a silent quiet voice that nags at you that something needs to be done or that something needs to be said.   It’s the guide that we all have inherent inside each of us but without exercising it and without use it tends to go dormant and the soul becomes lost as if having no sense of direction.  \     You may have had the feeling all week that something wonderful was about to happen – and then you didn’t see it when it came to you, but you may find now that you are more open to greater insight, and with the Aquarius’ sense of rebellion, you may also find you’re more outspoken, have a greater sense of outrage about things happening around you, or even in the news, as I’ve been over the past few days, and even with all of the things that I’ve spoken out about, believe it or not, if you’ve seen some of the things I’ve said, I’ve sensored myself and not said exactly what I was thinking… so as raw as it’s been, just know – it could have been SOOO much worse.

Today is also the “blue moon,” which occurs when there are two full moons in a calendar month.   The first full moon in July was right at the first with the Full Moon in Capricorn. While the moon waxes full and the Sun sit prominently within the energies of the month, as opposed to the timing of the new moon.

“Aquarius, the water bearer, brings inklings of expansive vision and a new breath release which comes after facing our struggles.

Time to take some good deep breaths and remember that amidst all the movement, change, and turmoil stirring in our world, we have the power to ground ourselves wherever we are, and anchor into the stillness within our aliveness.” 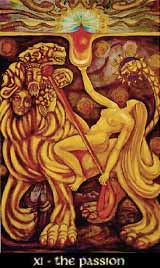 The letter Tet, the hidden goodness, represents the card of Passion or Lust in the Thoth Tarot.    Corax.com says the Passion is the point of the journey into the inner depths.  In other decks, this card is called power or strength symbolizing mastery of our animal natures; letting those things which are true to your very inner nature be real… but what really is our animal nature, cause it’s not just about sex, passion, and feeding urges, it can also be in spite of our intellect and our technologies, we still belong to something greater than ourselves, we still have something inherently animal within each  of us which triggers our instincts, and animals live by instincts, so for all our smarts, we still tend to cut ourselves off from what we really need for our very survival.

Lon Milo Duquette says the “imagery is illustrative of the most sublime and universal spiritual arcanum – that of the ecstatic dissolution of all we are (referenced to in Thelemic texts as the ‘blood of the saints’) into the universal self of godhead…the supreme spiritual message of this card may be summed up something like this: eventually each of us will come to a level of consciousness so profoundly high that the only lever higher is the universal consciousness of diety itself!” (emphasis added)

Now the image on the card itself might remind one of the so called “whore of babylon” as spoken of in the book of revelation in the christian bible, as the judgment of the great harlot who we were taught makes the world drunk with the wine of her fornication.  But the word fornication, hebraically speaking, doesn’t mean what the church has traditionally taught – what it actually refers to is like the tet, it’s the goodness within that becomes hidden in favor of more worldly ways – those psychic abilities that we were all born with that we were afraid to let people know about or afraid to use because we didn’t dare be different or odd.  I remember stories from the 50s where hundreds if not thousands of people reported UFO sightings, and the government’s answer was a campaign to convince people that if you saw UFOs you were not only crazy, but stupid… and it worked.  If you claimed you saw spirits, you ran the risk of being committed… now, we’re coming out of that closet so to speak with little circles of believers who celebrate people like the Long Island Medium and Sylvia Brown, who really do no more than listen to their guides or their inner spirits that are connected to everything, that know everything because in truth, we are all connected to everything and everyone; the universal consciousness is just that… universal.

The Passion card and the letter Tet represent the 19th Path connecting left column and right column energies with the sphere of Chesed (mercy) with Gevurah (judgment) just as the month of Av combines judgment with light!

The sphere of Chesed embodies the archetype of compassion and shows areas of your life where you enjoy benevolence through it’s planet Jupiter.

The sphere of gevurah resonates with strength and force; it’s planet Mars points to areas in your life where you possess great courage, or where you tend to fight for your rights and those of others.

Today is under the watchful eye of the Prince and the 5 of Wands the card of strife, indicating the inner argument we have goin on with ourselves… nature versus nurture…what is natural versus what bullshit we have picked up along the way that overshadows who we truly are.

and why is it called repairing DNA – something I inherently KNOW in my spirit, that I have no physical proof of, something I just know… we carry things from life to life with us; those things that are inherently most important to us we take with us.. .which begs the question, is the opposite true; do we lose those things that we don’t use or that we allow to become dormant – do they become weaker with each instance we ignore them?  I read a report on rattler snakes; and what was happening is that rattlers with the loudest rattle were being killed off quicker; and what would normally take generations to change, is now taking one generation to change… are human beings so different that we can claim exclusion from the effects of evolution?  So with this Full Moon’s energies of discernment/judgment and light… we have the potential to reawaken those animal senses, so they’re strong enough going forward.

Enjoy a meditation on the solfeggio frequency: