Welcome to the Full Moon in Capricorn which waxed at 6:56 PM EST.

The Moon representing the emotional side of our personalities, our inner self, the subconscious, our loves and needs.  Capricorn is feminine, so it nurtures our emotions, cardinal so it takes action, earthy so it’s solid and dependable, stable, and common sensical.  The Moon in Capricorn is practical, able to take every situation and use it for the good.  With first house energies, the Moon in Capricorn identifies with the emotional side of ourselves, shining it’s light on how our emotions fuel what we do.  While Capricorn itself is practical and stable, it’s feminine side reacts with what fuels our feelings.  We may be able to see what’s practical for those around us, but not see it for ourselves.

The sun represents our basic character, our sense of self, and conscious personality.  Cancer, its said, is like a toddler who grabs onto something and won’t let it go… piss a Cancer off and you’re history…plan on getting cussed out even if it takes years; you may have forgotten all about it but the true Cancer hasn’t.  Cancer is feminine, so it plays on our emotions, cardinal so it acts, and water so it’s emotions and instinct. Sun in Cancer makes us sensitive depending on feelings and intuitions.    With 7th house energies, this makes the Sun very social… chatter boxes but the Moon in Capricorn wants to be on the forefront, so pay attention or they shut down and you’ll never get through to them.

Mars represents our sense of physical vitality, our assertiveness, our ego and sense of individuality Scorpio is feminine (starting to feel an overwhelming sense of emotions here) fixed water.  Fixed signs are stable or stubborn, whichever is your perspective, and water signs, again with the emotional.  Mars in Scorpio gives us persistence and a drive to steadily move toward a goal.  With 11th house energies, Mars has a strong sense of community, and Mars actively seeks to keep friends close.   The sextile with Mars and the Moon inspires us to be strong examples in the lives of others.

Jupiter is our good luck charm representing expansion and philosophical/spiritual teachings.  Together you can say Jupiter connects us with what we gain spiritually in each physical existence.  Virgo is the sign of the communicator, ruled by Mercury, the ancient god of communication and commerce, intelligence and reason.. so Jupiter in Virgo brings good fortune, and with 9th house energies, a hunger for truth.  Virgo’s sense of reason helps us use Capricorn’s good common sense to feel our way through bullshit.   Jupiter brings with it a sense of synchronicity because what you need will always come to you, including information.  I have Jupiter in Virgo, and I always feel that drive to understand.

Uranus represents change, upsets, and our sense of uniqueness, where we see ourselves as being different from what we might consider normal.  It is how we stand apart from those around us. Aries shows us where we initiate action; being a cardinal sign, but Aries is masculine, so it’s more logical, ruled  by Mars the ancient god of conflict and aggression.  The square with the moon represents a sense of frustration perhaps with the change that Uranus says is necessary.  Uranus in Aries is innovative and bold, lending for great insights that break away from what’s traditional.  With 4th house energies, Uranus seeks a bit of independence and with the square with the Moon, Uranus gives us a flair for what’s unusual.

Look to your own personal chart to see how these energies will affect you.  This is the opposition under which I was born, so I feel like I’m at home, for better or worse, I understand my over emotional side and I try not to let it get the better of me.  Sometimes it wins!  Born under this opposition, you’re a walking contradiction, but able to see both sides of an argument.

Today in the Hebrew is correctly the 17th of the month of Tammuz.  The sun is fully immersed in the sign of Cancer which is tammuz. The zohar expresses that during the summer months, one should act with extreme care because there is judgment in the world; forces in the universe that cause stress and expose us to dangers and malfunction.  In the tetragrammaton, the summer months is represented by the first hei in Yud-Hei-Vav-Hei; the element of water which is giving and sharing.  Cancer is the first sign of the summer months ruled by water.  Each of the 3 months of every season is represented by one of the column, Cancer is water and therefore it is right column… so it’s water water water.

Since the sun is fully within the energies of Tammuz, our ruling hebrew letter is the Chet.  The month of Tammuz may represent the problem, but within it is also the solution… so the month of Tammuz is like Dorothy being told by the good witch, you always had the power to go home… it was always with you…but we have to calm the emotions so we can sit quietly and let the answers come to us.

The letter Chet is called “the life dynamic of run and return.”  It is the letter of ‘chaim’ which is life.  In chassidut, there are considered two levels of life, “essential,” and “life to enliven.”  The creative power of G-d, continually permeating all of reality is ”life to enliven.” Since it is our concept that G-d encompasses all things, and mankind, born in G-d’s image, has the same creative power in words, and belief.  To be at one with the spirit of god that dwells within, is “life to enliven.”

According to kabbalah, the letter chet is constructed by combining two previous letters, the vav and the zayin with a thin bridge shaped line, called the chatoteret, thus creating a new energy called “hovering, or touching but not yet touching, as in living separated from that which is within.  I was watching an episode of “Ancient Aliens,”  in which they were discussing a group called, the Council of Nine.  It is said, this council is represented in drawings from ancient Egypt, and also depicted throughout history, across geographical locations, and in the so called myths of many different cultures.  In an interview with a student of eastern versus western studies, the same members/deities of this council were known by different names… Atun and Zeus being at the head/one in the same entity…so one might ask how long were they here…when did they leave… or did they?  But it was discussed that there is a prime directive not to interfere with mankind’s power of choice, and to not let themselves be known until mankind is ready to accept their existence, which would explain why, if they are here, they wouldn’t just reveal themselves to more.  This 9 member council is supposed to represent 9 principles…

1. The Principle of Mentalism: THE ALL is mind; The Universe is mental

2. The Principle of Correspondence : As above, so below ; as below, so above.

4. The Principle of Polarity: Everything is dual; everything has poles; everything has itâ€™s pair of opposites; like and unlike are the same; opposites Are identical in nature but different in degree; extremes meet; all truths are but half-truths; all paradoxes may be reconciled.

5. The Principle of Gender: Gender is in everything; everything has its Masculine and Feminine Principles; Gender manifests on all planes.

7. The Principle of Causality: Every cause has its Effect; every Effect has its cause; everything happens according to law; Chance is but a name for law not recognized; there are several planes of causation but nothing escapes The Law.

9. The Principle of Breathing: Everything appears to be breathing inward and outward. This appears to be the principle by which one acknowledges life, but in actuality, true life existed before the breath, or the necessity to breathe to exist.

Now you may consider Ancient Aliens a lot of hooey, as my grandmother used to say, but when two prior  Canadian Ministers of Defense tell you that they know, and our government knows of their existence, one might want to reopen the discussion.

The letter chet is associated with the 18th path on the kabbalistic tree of life. Kabbalah teaches that when a person performs a commandment he gives G-d, nachat ruach, pleasure in that he performed G-d’s will…will/ratzon corresponds to arich, which is also arichut yamim (long life) which corresponds to chai.  It is also said that the substance of all commandments/law is love.  Aleister Crowley said, “love is the law, love under will.”   In Thelema, love means union between a point of view (you) and one of infinite possibilities in experience.  The nature of will is love.  All experiences, are instances of love, every experience is an instance of a point of view uniting with a possibility. It IS the Chariot card which is the card associated with the letter chet and the 18th path; strong will and balancing the inner with the outer.   In gematria 18 is 9.

The laws of mankind change as we go along, but the laws of nature remain the same; there is an absolute law of reaping and sowing-karma that follows you across lifetimes. There is an absolute law of attraction, polarity.  We have often said, for good or bad, we create our lives based upon what we believe, say, and do; we bring into our lives that which we focus upon… change your focus/change your life. 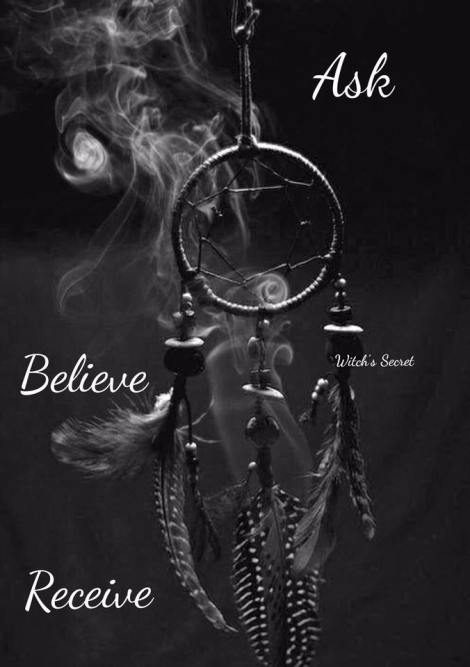 Each of the gods in the greek pantheon ruled an aspect of life, everything to sustain a healthy life.   When we come to the realization that each of us has our own path, and we learn to respect the paths of others even be they different, we fulfill and honor the God in each of us.  We become, as the month of Tammuz, our own solutions to our problems, because we turn our focus to improving the only real person that can make a difference in your happiness and peace of mind… YOU.